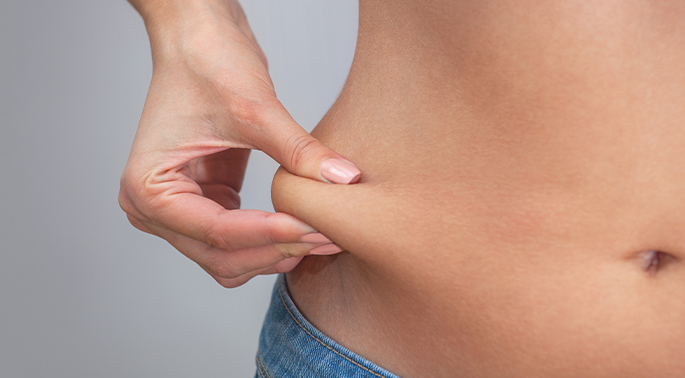 Have you ever considered Liposuction but are too scared to undergo surgery? Or maybe you wouldn’t go that far, but still have stubborn areas of fat that really bug you? Here we are going to consider CoolSculpting vs Liposuction to see which is the most effective fat reduction treatment.


Is CoolSculpting as effective as liposuction?

CoolSculpting is the World’s No.1 fat freezing device which is widely considered to be the best alternative to Liposuction. Just like Liposuction, CoolSculpting reduces fat cells in a treated area and can have dramatic results. During a CoolSculpting treatment, the fat cells are frozen and die and then are naturally eliminated from the body via the lymphatic system which can take up to 12 weeks, whereas with liposuction the fat cells are removed with a suction technique during surgery.

With both treatments the fat removal is permanent when the fat cells are gone, they are GONE! As long as healthy eating and exercise continue the results for both treatments can be permanent. CoolSculpting results can usually be seen between 8-12 weeks after the treatment and results for Liposuction can take a few months too.


Is CoolSculpting better than liposuction?

Both CoolSculpting and Liposuction successfully remove fat in treated areas and both treatments have long term results as long as the client maintains their weight. CoolSculpting has the benefit of not requiring surgery or anaesthetic and has no downtime or recovery. CoolSculpting can also be a much more cost-effective fat reduction procedure. Results for CoolSculpting are usually seen within 8-12 weeks whereas it may take several months for swelling to go down after Liposuction and results to be seen.


What is the most effective type of fat removal?


How many times do you have to do CoolSculpting?

It totally depends on your body as everyone is different, many people only need one CoolSculpting treatment (cycle) per area but some people will need second follow-up treatment to get the results they are looking for.


Who is a good candidate for CoolSculpting?

Someone who is healthy and exercises and is ideally near to their healthy body weight. CoolSculpting is not a weight loss procedure but it will sculpt the body, smoothing bumps and bulges and help you feel better in your clothes.

CoolSculpting is not for everyone though, you should not have it if you suffer from Cryoglobulinemia, cold agglutinin disease or paroxysmal cold hemoglobinuria.


What are the negative effects of liposuction?

Obviously the idea of anaesthesia and the recovery time of having an invasive operation like Liposuction isn’t for everybody. There is a considerable amount of recovery time involving discomfort and compression garments, not to mention the considerable risks and potential complications of surgery.

If you have had a general anaesthetic you will have to get someone to drive you for the first 24 hours. The amount of time it will take before you can drive again or go back to work will depend on a number of factors, including the type of work you do and how your body has been treated in the procedure. You may have to wait 4 to 6 weeks after surgery before you can resume strenuous activity.


What are the negative effects of CoolSculpting?

The CoolSculpting treatment for most clients involves no downtime – you can go straight back to work, but as with most procedures there can be side effects. Typical side effects after treatment can include temporary redness, swelling, bruising, tenderness, itching or skin sensitivity for a couple of weeks, but for most clients, none of these side effects stops them from going about their usual daily routine. A more rare side effect can be long term swelling in the treated area.

CoolSculpting is the only FDA approved, non-surgical fat reduction treatment in the world. By being FDA approved it means that it has been proven not only to be safe but also to be consistently effective.

CoolSculpting has been rigorously tested through research and has many scientific studies and clinical papers published that testify to its effectiveness.

Yes, Liposuction is proven to be effective but it is not a weight loss procedure, it works best for people who are of normal weight and on parts of the body where the skin is tight. Results for both Liposuction and CoolSculpting are comparably similar for removing fat.

Both CoolSculpting and Liposuction are effective fat reduction procedures, they both remove fat permanently from the body, however, CoolSculpting does not involve invasive surgery or recovery time.

Book in for a complimentary consultation at spa810 to see if CoolSculpting is right for you. One of our CoolSculpting specialists will discuss the treatment with you, what it involves and what results you could expect – call 01423 590810.
CoolSculpting Enquiry
8 Healthy Skin Care Habits For 2020
Previous Article
How To Reverse The Signs Of Aging On Your Face
Next Article